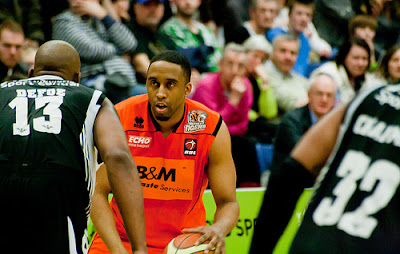 In the athletic world, many nations have long strived for developing competitive advantages in sports by employing various scientific methods to improve the athletes’ peak performance in hope of winning competitions. Developing effective methods to help the athletes quickly recover from muscle fatigue after exercise training or fierce competitions and to help them achieve the best physiological situations is deemed essential, especially prior to international competitions. Acupuncture, one of the traditional Chinese medicine (TCM) techniques, has long been used in clinic to treat illnesses or release pains for thousands of years; it was also known to help in recovering from muscle fatigue after exercise. . .
From the scientific perspective, athletic ability can be a combination of various elements, including muscular strength, speed, power, muscular and cardiopulmonary endurance, flexibility, agility, and balance and coordination, among others. Cardiopulmonary endurance is perhaps the most essential element for all types of sports. VO2max is a fundamental indicator for measuring the cardiovascular endurance. The level of VO2max is one of the critical elements for succeeding in endurance sports because an upper limit of oxygen consumption does exist for each person. . .
During the normal exercise training, it is important to properly adjust the quantity of exercise, according to the regularity of dynamic changes in athletes, to prevent them from excessive exercise training or unbearable load. Prior to competitions, however, designing effective methods to help the athletes achieve the best situation so as to outperform others is immediately necessary. Since muscle fatigue was reported to closely relate to human performance (Bigland-Ritchie and Woods, 1984; So et al., 2007) and acupuncture has been regarded as an effective method to improve the rate of muscle recovery after exercise (Ehrlich and Haber, 1992; Qu et al.,1993; Lin et al., 1995;Wang et al., 1999), this study aimed to conduct scientific experiments on selected athletes to investigate in-depth the effects of acupuncture stimulation on recovery abilities.
These results indicated that acupuncture at Neiguan (PC6) and Zusanli (ST36) could significantly stimulate the post-exercise recovery of heart rate, oxygen consumption, and blood lactic acid for the elite basketball athletes. Our findings indicate that it is beneficial to carry out acupuncture at PC6 and ST36 acupoints, particularly on the eves of competitions, as to enhance the recovery ability for elite basketball athletes. This study has made an inspiring attempt to understand in-depth of the recovery system and physiological profile of basketball athletes by acupuncture. It would facilitate the coaches to provide more appropriate training schemes and recovery plans for the elite basketball athletes.