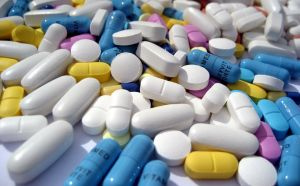 At last! When acupuncture first publicly arrived on the scene in the US in the 70’s, the medical establishment’s first concern was to be certain that the ‘new’ therapy was safe and wouldn’t harm the public. After the millennium the safety concerns began to be put aside following a landmark NIH study in 1997 that confirmed acupuncture is safe & effective and encouraged researchers to turn to efficacy.

Most of the researchers seem reluctant to verify that acupuncture is highly efficacious, consequently the studies’ highest accolades seem to be acknowledging that acupuncture can match western medicine in terms of effectiveness.

Duke University has a integrative medical department that is in the forefront of the field. It has recently released a study showing acupuncture is more effective than drugs for headaches. This is the first of its kind that i have seen. the study documented 62% relief in acupuncture patients compared to 45% effectiveness for those using drug therapy. Here’s a 3min video from Duke University talking about the findings and interviewing an acupuncture migraine headache patient.

This is an article I have written discussing how acupuncture treats headaches. A few older studies are included. KB