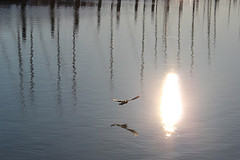 I have a couple of inspirational clippings which live on my desk that i thought i might share.

The first comes from Daniel Myrick, director of the Blair Witch Project, amongst others. the quotation comes from a 4/24/08 interview in the NY Times:

‘Blair Witch’ gave me some financial security at a time which I was having trouble coming up the money to pay the phone bill . . . being able to say no, to only make the work that you really love and have a good time doing it, is another way to be successful.

The second comes from Sherry Lansing‘s Success Rules for Graduates in the UCLA Alumni Magazine, fall/winter 2004 issue. At the time, Ms. Lansing was the chairperson of the Motion Picture Group of Paramount Pictures, a member of the UCLA Theater, Film & Television Dean’s Advisory Board and a University of California Regent.

Undaunted, on the day of her graduation from Northwestern University, Lansing loaded up her car and headed to California. . . In 1980, at Twentieth Century Fox, she made history by becoming the first woman in the motion picture industry to hold the position of president of production.

These comments were part of a her keynote address to the UCLA Class of 2004, delivered 6/18/04. I have found these thoughtfully composed words a creed to live by:

Both of these quotes are from a by-gone era, before the Great Recession, or the Lesser Depression, as Nobel prize winning economist Paul Krugman describes our current economy. So in some ways they seems naive and Pollyanna-ish in relationship to the present economic realities. Yet, an idealist at heart, I still yearn to live by these goals and trust that in doing so life’s treasures will unfold before me. 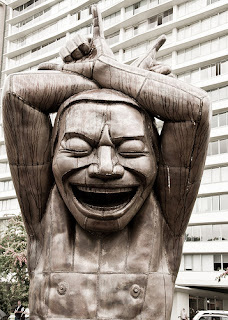 I want to add about Lansing’s rule #10: my previous occupation was in the theater. I worked in LA and NYC on Broadway, film and television. My heart was always in the theatre: theatre is life. Something i noticed there that really left an impression, was the ability to find laughter in the gravest of circumstances. Theatre people work long hours: nights, weekends and holidays, in order to put on the show to entertain the masses. It gets stressful and fatiguing. Yet theatre people know how to diffuse all situations, tension, grief and anger, through laughter. They know how to laugh anything off. I found that a valuable lesson, learned in my early adulthood: the ability  to find the humor in any situation.                                       KB

The Formula For Longevity